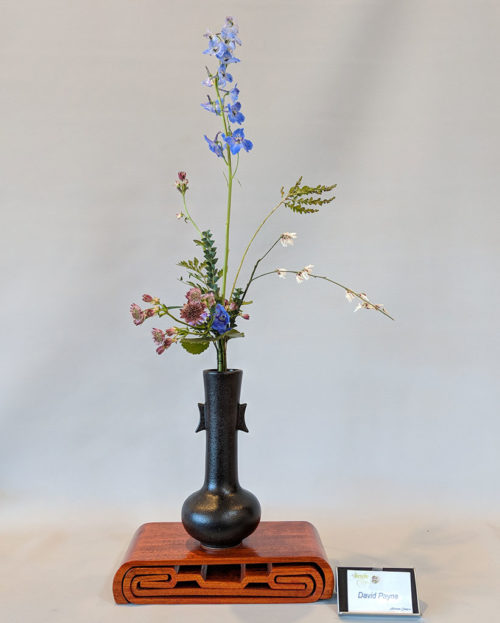 Professor Takabayashi returned as scheduled to the Zerio residence on Thursday, and we are so glad that he did because he brought with him so much of the wisdom and philosophy of Ikenobo Ikebana.

Tatehana arrangements date from the 16th century and were the flower offerings placed in front of the Buddha with a candle and an incense burner. To create a tatehana, first one fills the special tatehana vase with komiwara (straws). Then one adds the motogi (the straight center branch, comparable to shin in shoka arrangements) and after that, there are no rules, except to create one universe that makes a large circle above the vase, with as straight a mizugiwa as possible. Got that? Good. Start your arranging!

And, once again, with a few tweaks, Takabayashi Sensei made us happy with our arrangements and the spirit of Ikenobo.