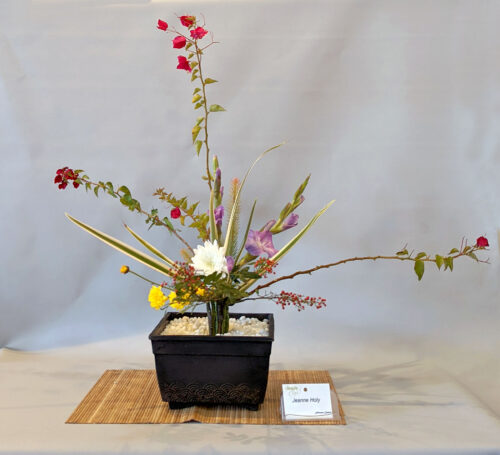 For Jeanne sensei’s second workshop, seven Arizona Ikenobo members showed up at the Zerio residence in Scottsdale to create the horizontal rikka style called sunanomono (sometimes shortened to sunamono) which translates loosely as “sandy thing.” It differs mainly from regular rikka in that it is a “landscape” design rather than a “portrait” design. It was originally created to be able to fit a rikka on a shelf.

Even though it is called “sandy,” it uses gravel rather than sand at its base, and the gravel represents water. Please check out the workshop photos to see how this all works together.